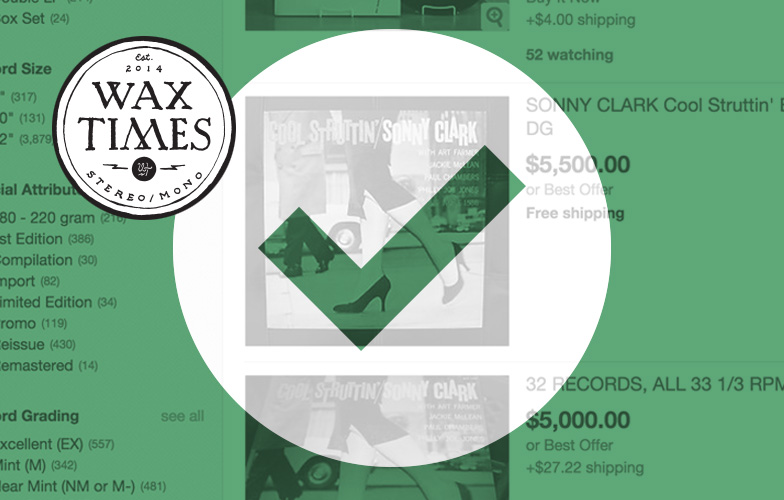 Strategies for winning records on eBay

Winning records on eBay usually comes down to the last few seconds and bidding wars get fierce as time winds down. Not everyone plays fair but fair is dependent on whether or not you consider assistive bidding tools an unethical advantage compared to buyers that are glued to their device, trying to slip in a winning bid at the last second. Babysitting auctions is a thing of the past, but with the prevalence of auction sniping is it the best strategy for winning?

Multiple bidding strategies are out there but a majority of users wait until the last few seconds to submit their bid. This used to be problematic when the internet moved at the speed of dial-up with slow refresh times so succeeding with the traditional bidding strategy toward the end of an auction was a game of patience and chance. During those last few seconds of an auction, a bidder usually only has time to submit a single bid so that bid should be the maximum dollar amount you’re willing to pay because anything less would mean possibly losing the auction without having enough time left to post another bid.

Other buyers prefer to watch auctions, placing bids incrementally but this means buyers must be tethered to a device to receive outbid notifications so they may bid again. Placing another bid only takes a few seconds but the incremental strategy goes against the majority of advice from eBay as well as users who advocate that bidding your maximum value is the best strategy. With eBay’s automatic bidding system built into almost every auction that isn’t a live auction event, entering your maximum value means that eBay will automagically continue to place additional bids on your behalf at preset bid increments making the old-fashioned strategy of repeat bidding practically obsolete.

In an article by Barry Hughes on “Game theory and eBay bidding strategy,” a deeper analysis of the 3 distinct bidding strategies along with their individual utility against opposing bidders with similar or dissimilar methodologies is explored. Hughes argues that Maxing (or placing a single bid at maximum value) creates the ideal situation as it would simplify the bidding structure, removing strategy completely by assuming that everyone participating will always place their maximum value bid creating an equilibrium. That’s not usually the case and Hughes provides more discussion on the utility of each bidding method in an eBay auction concluding that:

In the end, the Sniping strategy succeeds because it provides no information to competing bidders so decisions on bidding strategy cannot be adjusted to create an ideal win situation based on the three methods described above but as Hughes points out, Maxing is the second best technique.

So what does all this mean for the everyday auction on a record you really want? Sniping is the easiest way to win an auction because you can set your bid without having to revisit the auction until it’s completed at which point you’ve either won or lost. Maxing is also an excellent strategy if your moral compass just won’t let you use a Sniping service like EZSniper or Auction Sniper. Incremental bidding is essentially the least ideal scenario unless the thrill of the chase and auction fever is the part of the game you enjoy.

buying ebay
Previous post:
What turntable is right for you? Next Post:
Audiophile vs. Audiophile: Who are we?