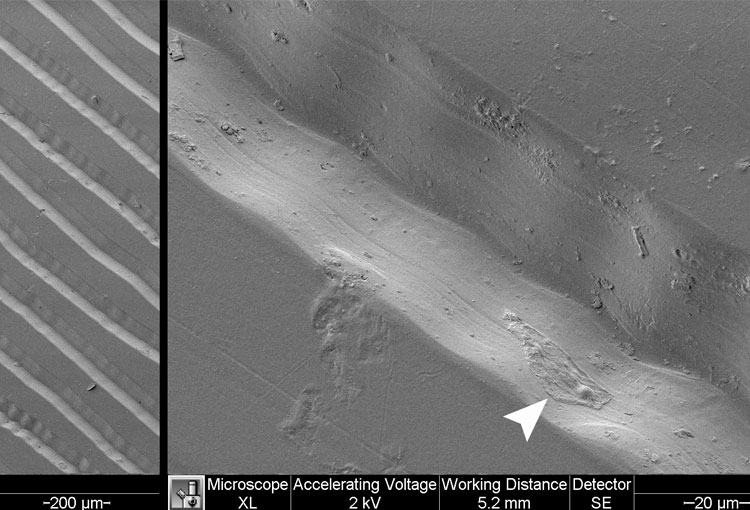 One of the Arizona Science Center’s exhibits allows visitors to witness sound visualization through an interactive demonstration. The curious part about the exhibit to me is that people never really ask what sound looks like mostly because it’s inconsequential to the experience. Who cares what it looks like as long as it sounds good, right? The question came up again after watching the newly released video for Zammuto’s single “Great Equator”.

The Science Center’s exhibit is very similar to the one featured in this video where visitors pluck a a string and then spin a large wheel painted with alternating horizontal stripes of black and white paint. The exercise reveals the behavior of vibrating strings of different lengths and gauges.

NPR recently did a short feature titled “What Does Sound Look Like” where they too, explored the curious world of seeing what most never really question. Their article takes a more scientific approach to explaining sound visualization focusing on mid-19th century German physicist, August Toepler, who invented a photographic technique known as Schlieren Flow Visualization, that revealed air density changes caused by sound waves.

Zammuto doesn’t really go into the phenomena of sound waves and air density changes but instead uses electron micrographs to show record grooves, scratches and a number of other subjects all stitched together into a supporting video for the single “Great Equator”. While only offering short clips of wax closeups, you can see a collection of still photos on Zammuto’s site.