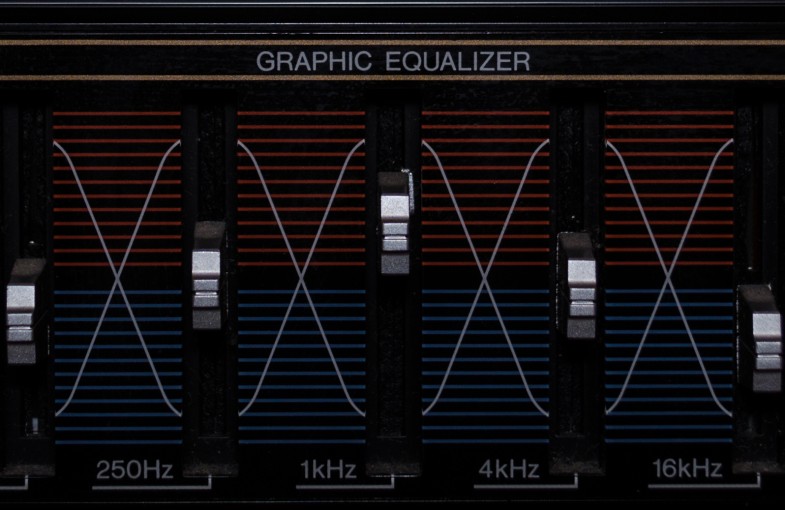 Catching up with Kevin Gray, we asked for honest opinions on some frequent questions collectors argue over, like actual advantages to 180-gram pressings. The answers given are from a master craftsman, an engineer with a body of work that speaks for itself. Still, Kevin provided WaxTimes with a lot of insight into both his process for mastering and the differing quality of work available today.

Q – What are the differences between an average record and one of audiophile quality?

For the stuff that gets the audiophile tag to it, you’re generally getting stuff that’s mastered from original master tapes. The records are mastered by someone who’s competent, pressed at a quality plant on better quality vinyl…and when speaking of being pressed, it’s also the electroplating process to create the stampers.

Q – A buzzword lately is 180gram. Are heavier weight pressings really any better?

In all honestly, I don’t think so. But the deal is, they’re less prone to warpage, even right off the press. Not just when you get them home. They actually press out flatter, but sonically, there’s no sonic advantage to a heavier weight record. However, the other part that goes along with 180gram vinyl, is the extra care going into production. Is it better just because it’s 180gram? No. Is there a chance it might sound better? Yes. So it’s a gamble.

I’ve heard 140 gram pressings that sound just fine. Some people aren’t paying the extra money to go 180gram, and I’ve got nothing against it. If I want the music, I’ll go out and buy it.

Q – It’s always a bummer to open up a new record that looks used and sounds terrible.

That’s why I was really disappointed when all the major labels jumped back into vinyl. Because they took this beautiful thing that guys like Classic Records and Acoustic Sounds were doing and just muddied up the waters so that you don’t know what you’re getting. People knew that, when those small labels where doing it, the proper care was being taken, and unfortunately that all went out the window when all the major labels jumped back in.

Note – It’s a regrettable truth that all records are not created equal. Top-quality playback may never be a priority for every listener, but it’s a side effect of the experience. The longer you engage the music, the more pronounced sonic differences become. It’s a startling adjustment to confront. Records previously deemed listenable now find their way into the corners of your collection until you pick up a better quality copy.

Q – In terms of your role in a project, from mastering to plating and pressing, to store shelves; how much of the process are you involved in?

Basically, only the mastering. Once I cut lacquers on it, it goes off to a pressing plant. There was some confusion about that when I was at AcousTech, as they were within the same building as RTI; so an awful lot of what I was doing was being pressed at RTI. That’s not so much the story anymore, mostly because I’m not at RTI, but also because Chad at Acoustic Sounds/Analogue Productions opened his own pressing plant, Quality Record Pressings. So now, an awful lot of what I do is going to Chad, but both of those manufacturers are of equal quality and produce an excellent product.

Q – About how many hours go into your average project?

It’s really hard to say. It depends on the project and who’s releasing it, how much pressure they place on me to get it out in a hurry. I don’t get that pressure from labels like Music Matters, Acoustic Sounds, Impex or Audio Fidelity. It’s not uncommon to spend a whole day on an album, or occasionally days. I usually start out just by listening to the record, maybe making a couple of EQ changes and taking my notes. Then, I’ll go back and listen to the album again, making sure things are in context and that the flow is moving nicely from song to song. That could be 3 hours right there, depending on the album. Then there are issues with what kinds of level can I get on a record. That’s one of the unique things about a phonograph record because your volume levels are constrained by how long each side is, the louder it’s cut the wider the groove wiggles. If the sides are 16-18 minutes long, there’s usually no problem, but when they’re 20-22 minutes, it can be a lot of work to figure out how to get it on the record. At the end of the day, I’ll do my hi-res transfers if they’re doing a SACD or digital download and then I’m cutting the vinyl.

Q – When sitting down to a project on any seminal work that’s been elevated to the status of Fleetwood Mac – Rumours, is there hesitation to begin?

No, I wouldn’t say so. I do have to listen to it with a little bit “different” ears. People will be listening to this and comparing it to others issues out there. If I make a change are people going to think that’s good or that’s bad? So yeah, there’s a little bit more pressure on a really iconic album.

I almost always try to have an original copy of the album because I consider that a benchmark, an indication of what the producer thought it was supposed to sound like originally. The only changes that I might make to that is knowing that in the day, when this stuff was mastered, especially before the 80’s, you know that there were certain limitations imposed, like you couldn’t have too much low bass on it because it would skip on a cheap player, or pushing levels to get them hot, which we don’t have to do now. In a way, it takes off some of the limitations that where there originally and that’s a good thing, but I try to keep it in the ballpark of what was there originally, and from there it’s just a matter of balancing from track to track to make it all flow.

Q – Can you pinpoint a single project as your favorite to date?

Wow, that’s a tough one. I can’t answer with a single album. It was really fun to work on Fleetwood Mac – Rumours, Steely Dan – Asia, Pink Floyd –Dark Side of the Moon, all the CCR stuff, that would all be pretty high up there in terms of work that I’m really proud of.

Just before we ended, Kevin wanted to discus his opinion on a particular trend among bloggers and writers today.

There’s some blogs out there that make these blanket statements about how reissues don’t stand up against an original. My argument here is that the equipment we have today is better than most of the equipment those records were mastered on in the first place, and the quality of the vinyl is definitely better than that of the originals. So, I think just from those two standpoints alone, a reissue can sound significantly better than an original. That’s not to say that there are not absolutely pristine originals out there, but I’ve read too many people making blanket statements about reissues, when I’ve done the A/B testing, because it’s part of my process.

for the record interview kevin gray
Previous post:
What’s Your Record Worth? Next Post:
Bad Opinions on Good Stores