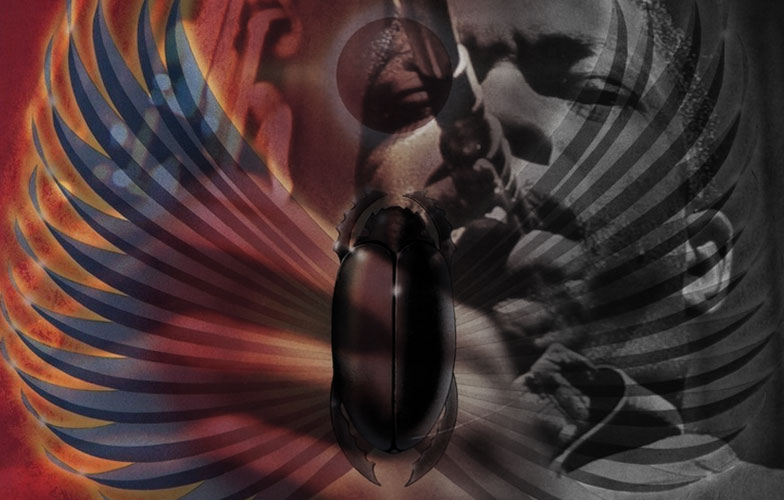 This past weekend, the RARE Phoenix record show popped up for a few hours on Saturday morning for collectors and dealers to sell, trade and share anything vinyl related. Long-time show-goers spend most of their time socializing and catching up with friends they might not see but once every other month; that’s half the fun. The community aspect of a record show makes for an engaging comfortable space where like-minded people gather and share everything from stuff for sale to stories of great finds. These stories make the show a place where music and people from unrelated backgrounds are connected by a single commonality that help keep the format alive.

For most vinyl collectors, half the fun is the hunt. It’s the joy of both unexpected discoveries and finally finding those must have records on the list. Long-term crate digging brings not only great finds but the stories about those finds.

You’re looking at one of my favorite unexpected discoveries. I was selling records at a local trade show. Another dealer was going through my records and asked about a clean 70’s repressing of Giant Steps I had for sale. He wanted it but wondered if I would do trade instead of cash.

I was not thrilled at this idea. I sell at record shows to move extra vinyl not to acquire more vinyl. Still, I said I’d look at his collection. He had good stuff but, at first, nothing I was interested in. Then I hit the J’s and there she was, a sealed original 1988 pressing of Journey’s Greatest Hits. I didn’t know I wanted it till it was in my hands. But, damn, I wanted it. Bad. I just looked at him and said, “Done!!! That record’s yours.”

He looked back at me quizzically. At my table, I was selling mostly jazz, blues, soul, gospel and classic rock. “Really,” he said, “Coltrane’s Giant Steps for Journey’s Greatest Hits?”

“Absolutely!” I replied. (I have multiple copies of the seminal Giant Steps but no copies of this gem.)

I ran into him a couple months later at another record show and he asked me if I opened it. “You’re kidding,” I said. “It was opened and spun the second I got home. I don’t collect Journey records as an investment.”

One Response to Record Shows aren’t Just about Records