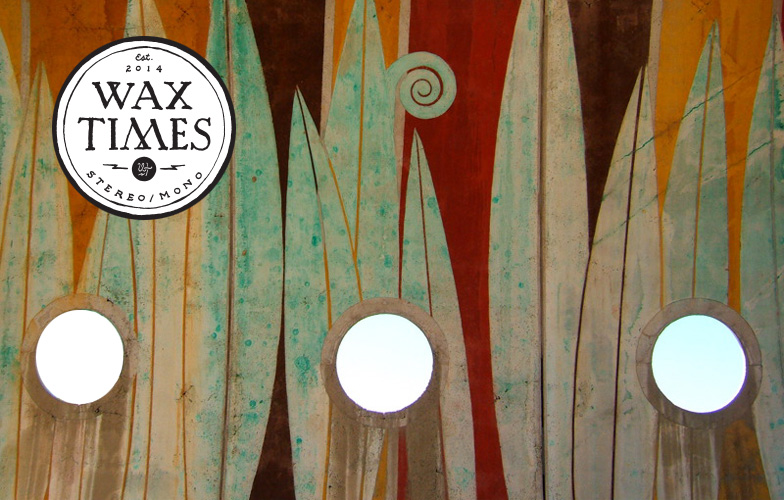 In its second year, FORM Arcosanti is an event forged entirely from the minds of Florida band Hundred Waters. Despite many press outlets labeling it a boutique music festival, the entire experience abandons that label for something more intimate. Although I couldn’t spend the entire Memorial Day Weekend at FORM, I caught Saturday’s scheduled performances and absorbed the mingling influences of art, music and architecture in the high desert urban laboratory of the late Paolo Soleri’s Arcosanti.

The boutique label may have been conceived in large part due to the nature of procuring tickets which were capped at 500 and required hopeful participants to complete a statement of purpose. For the price of free, everyone answered a series of questions that delved into your background just deep enough to register your commitment. It basically qualified your interest in attendance with a brief Q&A about your professional background, inspiration and artistic interests. As somebody with nary an artistic bone in their body I kept things honest and submitted the application with the presumption of rejection. One week later, I received an e-mail containing my invitation.

What I originally interpreted as an air of pretension turned out to be a safeguard to ensure attendees were genuinely interested and accounted for. That’s what I would like to think, anyway.

I began my adventure in the early afternoon on Saturday driving 70 miles or so north of Phoenix before arriving at Arcosanti; a visible landmark from the I-17 highway and spanning roughly 25 acres. Masterminded by architect, Paolo Soleri, Arcosanti was intended to bridge architecture, urban living and its natural environment into a sustainable and habitable community.

Bypassing the welcome tent like a pedestrian, the reason for my visit to Arcosanti and FORM momentarily lapsed from my thought process as I absorbed the unfamiliar surroundings. The experiment in Arcology, a term coined and popularized by Soleri, attempted to use architectural design principles to build densely populated habitats to varying levels of success. The remnants and ongoing experimentation live on as Arcosanti, filled with atypical structures that capture visitors like myself in spontaneous moments of realization that the spaces we occupy in everyday life are — mostly — homogenized. Arcosanit is unlike anything else, gazing across it’s plentiful vistas and wandering through the environment, FORM in music and art is defined by the space it occupies.

I began to hear the sound of electric guitar chords echoing throughout the amphitheater. This impressive space was where the majority of the musicians performed throughout the festival. At this point in the afternoon, the foot traffic throughout Arcosanti was nowhere near the 500 capacity set by the event organizers. My assumption was that many attendees were still at their campsites or en route.

I sat in the center of the amphitheater as Moses Sumney took the stage to a small but growing crowd. The vocal range on display was nothing short of tremendous. Sumneys’ confident use of vocal/percussion looping lent his folk-leaning ballads an ethereal, choral quality while his experimental pop songs took on more driving, textured rhythms. The finale of the set resulted in rapturous applause. It was a very promising start. 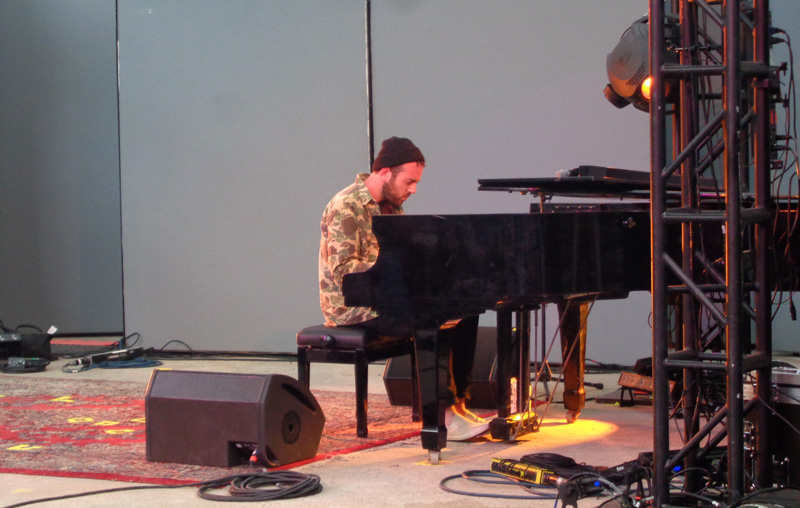 David Moore, pianist and composer for Bing & Ruth performed a handful of songs from the debut LP Tomorrow Was the Golden Age. Moore walked on stage discretely, sat down at the piano, closed his eyes, and played for 45 uninterrupted and captivating minutes. It was the perfect accompaniment to the strong winds of the late afternoon. FORM shifted from active participation to a passive role while some attendees stretched out in the afternoon sun daydreaming, napping and sky gazing while others were more captive to the performance and experience.

Bing & Ruth’s piano scores are something to behold; particularly in the space of an amphitheater. The sound of the piano took on an ambient quality as a flurry of notes rang out in succession and single chords were left sustained, floating in the air. The same refrain which began the set returned for the finale where David opened his eyes, glanced at the audience, and without words signaled the end of the performance. Many in the crowd rose for a standing ovation including those who had just been woken from their nap.

After an intermission, MAS YSA brought the energy level up. Dance tempos, energetic vocals, and booming synth-pop with flourishes of new-age rhythms brought out dancing, hula hooping, and spirited clap-alongs. As the sun began to set, MAS YSA’s upbeat, one-man-show was a needed respite from the performances that preceded it. Lively, entertaining, and just the right amount of absurdity reactivated the attendees as their numbers steadily increased anticipating the beloved headliner Hundred Waters.

By the time the two-piece Majical Cloudz hit the stage, the crowd size had grown considerably. Following some comedic difficulty with the microphone stand, vocalist Devon Welsh announced that they would be playing a set entirely consisting of new material. Both cheers and moans could be heard coming from every direction. Devon’s baritone voice bounced off the back-walls of the amphitheater which are actually living spaces for Arcosanti’s guests and residents.

I was aware of Devon’s unconventional stage presence from previous readings about the band’s live shows. Awkward exchanges with audience members who couldn’t help but laugh throughout breaks between songs traded spots with the duo’s melodic and arresting pop songs. In terms of the music itself, Majical Cloudz were the most pop-leaning performers of the day but the nervous, almost confrontational demeanor of the band’s front man was all but orthodox. Intentional or situational, it was a fantastic and memorable juxtaposition.

Holly Herndon began her performance by giving thanks to the technical engineers on hand at FORM Arcosanti for “the seven hours of troubleshooting her rig”. Holly then launched into a blaring set of abstract electronic music punctuated by live, triggered, and pre-recorded vocal manipulations. I recognized at least three songs from her latest album Platform, which had been on repeat all week. Head-bobbing techno rhythms hit hard but never stuck around for long; causing a pretty hilarious spectacle of start and stop dancing spurts by the more energetic members of the audience. There was no rave to be found here, Holly’s set was cerebral and bustling with alien sounds and unpredictable rhythms. At one point, I looked over and caught a long-haired dude wearing thick glasses side stage bobbing his head enthusiastically to the music. Apparently, Skrillex had played a surprise set the previous night.

I’ll be honest, I’ve never heard a single note of music by Hundred Waters. The anticipation for this band was pretty incredible. I believe this was due to two things: the first being that people genuinely love their music and the second being the fact that FORM Arcosanti wouldn’t exist without the vision and efforts of the band. My hat goes off to them for organizing such a well-executed, one-of-a-kind presentation of music and art.

The stage was set for Hundred Waters to deliver the performance so many had been eagerly anticipating but for a brief moment the crowd listened to a speech from Jeff Stein, President of the Cosanti Foundation, esteemed architect, and resident of Arcosanti. Mr. Stein launched into a bit of history about the vision of Paolo Soleri’s Arcosanti and expressed his genuine appreciation for all involved in the weekend’s festivities. He ended with a quote by Frank Lloyd Wright, who once said “Architecture is a kind of music” with Mr. Stein adding in closing