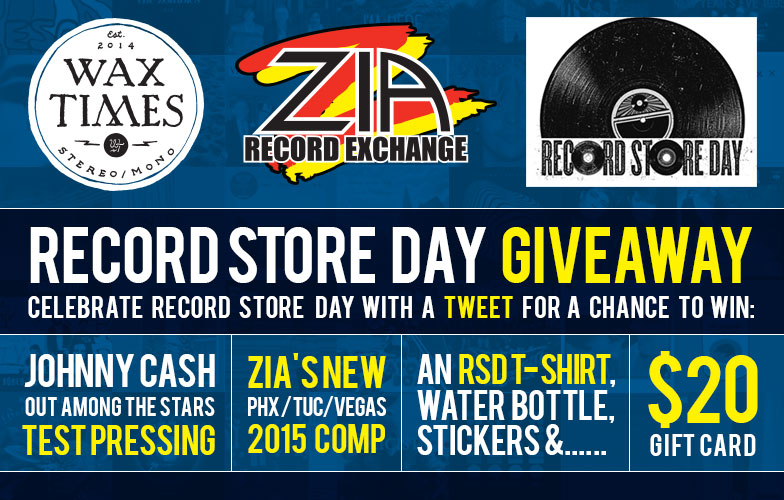 Celebrate Record Store Day 2015 by entering the Wax Times and Zia Records RSD Giveaway! We’ve got one test pressing, a horde of swag and a $20 gift card to giveaway to one lucky twitter user. Full giveaway rules and how to enter after the jump.

The Wax Times and Zia Records RSD Giveaway includes: a Johnny Cash Out Among the Stars Test Pressing, a copy of Zia’s Phoenix/Tucson/Vegas comp, an RSD t-shirt, water bottle, awesome stickers and a $20 gift card good at any Zia location. 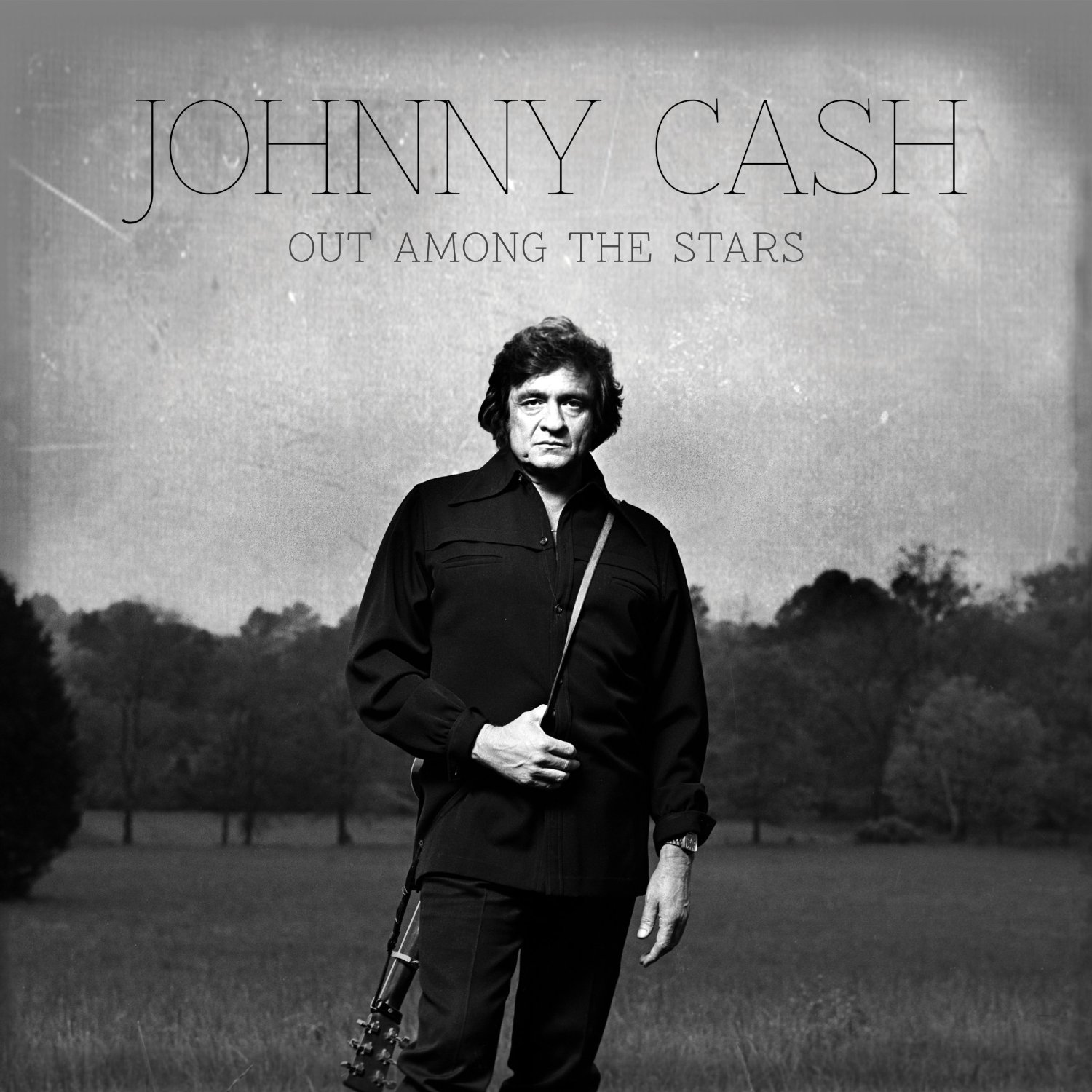 Use the twitter button above or retweet the official announcement from the Wax Times twitter feed with an @WaxTimes and @ZiaRecords mention along with the official giveaway hashtag #WaxTimesRSD2015.

The Wax Times and Zia Records RSD Giveaway is open to Phoenix Metro and Tucson residents only. Local pickup within the Phoenix Metro area required. The prize pack will not be shipped anywhere for any reason. Giveaway is limited to one entry per person. Spammers and persons using multiple twitter accounts for multiple entries will be disqualified and barred from future contests and promotions. Giveaway begins Monday, April 13, 2015, at 12:00 a.m. and concludes on Saturday, April 18, 2015, at 12:00 p.m. A winner will be chosen at random, announced and notified on Record Stored Day (April 18, 2015). Winning contestant will have 24 hours to respond to notification or an alternate contestant will be selected. Arrangements for collecting the prize pack will be coordinated at that time. Proof of twitter account ownership required. Prizes cannot be redeemed for cash, merchandise or product.