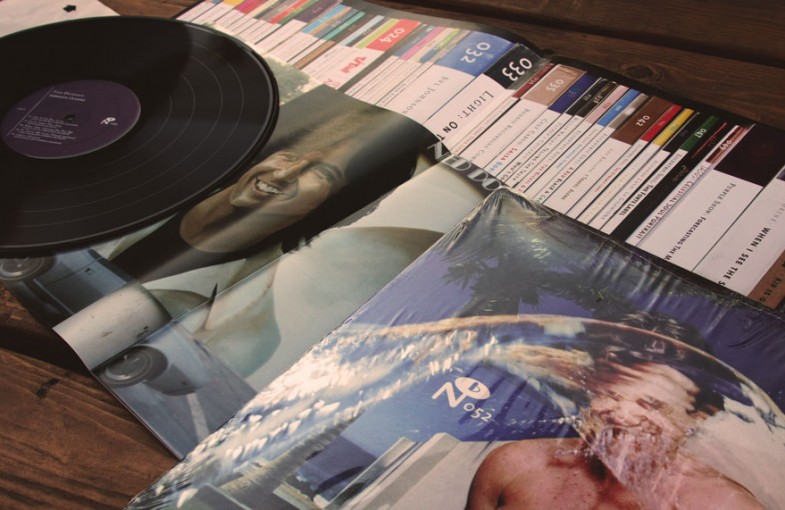 Comps really aren’t my thing because the purist side of my collector personality gets in the way of purchasing albums pieced together from different sources. Numero releases are the exception to that rule. They are the prefect example of what happens when the right group of music-centric enthusiasts get together, clean the dust off obscure material and then curate selections inside a handsomely crafted package with extensive literature.

Numero releases aren’t just about getting a taste of something you’ve never heard before, it’s about understanding the history of the music, where it came from and why – most of the time – it never appreciated the commercial success of mainstream releases. Local pseudonymous collector Bad Buddhist joins us for a look at the recently released Ned Doheny (NUM052) album Separate Oceans.

For years, Ned Doheny has been one of those “lost” artists that vinyl junkies share with each other, like a right of passage. If you’re into Southern California 70’s rock, like The Eagles and Steely Dan, Ned Doheny records will fit nicely in your collection. Original pressings of his albums are pricy. Whenever a anyone asks me to go through their old records and see if there’s anything “valuable” before they give them to Goodwill (or me) it’s records like Doheny’s that I’m looking for.

Just in time for summer, Numero Records has released a two record compilation of Doheny’s music called Separate Oceans. Numero Records is a label with a mission to re-release great music from forgotten artists or sub-genres and get this music back on turntables at affordable prices. My favorite has been their Good God! Gospel series. Numero combines quality compilations with beautiful packaging and a curriculum’s worth of information in their liner notes.

Numero #52, Separate Oceans, by Ned Doheny does not disappoint. It’s smooth rock summer magic. Even if you’ve already got all Doheny’s records safely tucked away in your collection, with the demos and a great booklet, this is a cool companion piece. If Doheny’s records are still on your want list, this collection is a great, affordable way to start spinning Doheny today.

Not feeling Doheny? Numero’s catalogue is extensive and there’s something for everyone. Other recommended releases include Antena, an album billed as “the missing link between Antonio Carlos Jobim and Kraftwerk”. Slowcore fans will enjoy any of the albums from Codeine, like Frigid Star. New age listeners aren’t left out either with a great collection of material from Iasos, an early pioneer of synthesizer-based ambient music.

When the time comes to push the boundaries of your listening beyond the five or ten records you play regularly, Numero albums are available, affordable and extremely satisfying.