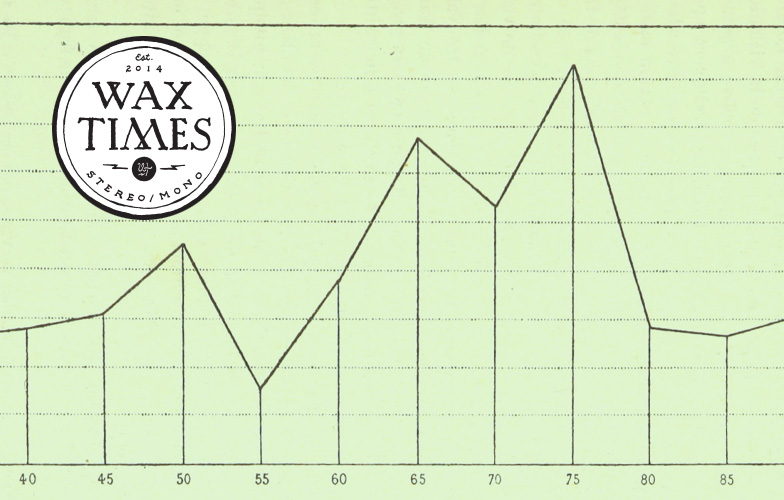 Maintaining the value of original pressings

Maintaining the value of original pressings isn’t only about the vinyl it’s also about making certain all the packaging, inserts and extras included with the album are never separated, damaged or lost. Even the smallest element misplaced along the way impacts the overall value of a record down the road.

Perl Jam’s 1998 release, Yield, is an anomaly for me. The vibrato-laden vocal styling of Vedder never captured my attention as it did friends but the wider reception of the band at that point had become such that their success didn’t matter on winning me over. An original copy of the LP with die-cut jacket, printed inner sleeve and sticker trades hands on eBay for prices in excess of $125 with some selling for almost twice as much depending on condition. The wild card in the valuation of an original press is a small sticker, shaped like a yield sign bearing the name of the band. Often lost or stuck to walls and high school notebooks, it’s not really inconceivable to understand why anyone outside a small group of collectors hadn’t a clue that a small item like a sticker would impact the value of the record in the future.

The more elaborate a release becomes, the more difficult it can be to keep track of every little thing that goes along with the music itself. Sophia Coppola’s debut film, The Virgin Suicides, with soundtrack composed by French-duo Air, recently received a vinyl repress in two formats; a standard and deluxe box set. Inside each US deluxe box is: an LP of the original album on red vinyl, a picture disc of a live performance, a reissue EP of Playground Love on red vinyl, a CD of the original soundtrack with bonus cuts, a second CD of exclusive tracks, film poster, VIP laminate pass, 16-page booklet and a download card. In other words, a lot of stuff to keep tidy but at least it fits in a box. In ten years, the elements that makeup the contents of this release as a whole will all contribute to the overall value but that doesn’t mean some collectors won’t frame the poster, lose a CD or scratch one of the LP’s. Every lost artifact, framed poster or scratched EP/LP/CD means the remaining pool of available intact sets dwindles over time.

Exactly how much of the original packaging and inserts should be kept intact comes down to individual choice. My methods are fastidious, I keep everything as close to factory-new as possible, to a point of forgoing opening a record completely by merely slicing through the shrink wrap enough to slip the disc out before putting the everything into a fresh outer sleeve. It’s the exact opposite of buying something for yourself, and with the excitement of a kid on his birthday, ripping through the wrapping paper and box to get the toy out and play with it.

That’s a bit more difficult with the Virgin Suicides box. Yes, I left the shrink wrap on because it does have hype stickers and holds a paper insert in place that details the contents of the box. It was easy enough to make a small opening with an X-acto knife that let me slide the drawer of materials out from inside the box at which point each LP was removed from the heavyweight paper sleeves and placed into a MoFi archival inner sleeve. The Picture disc was stuffed inside a PVC sleeve, which is one of the worst ways to store a record. The PVC adheres to the surface of the vinyl, and in the long run, the material dries out and breaks away like stale bubble gum but not before it leaves a residue all over the surface of the disc.

All of this might sound ridiculous and maybe it is, but more than a few people feel the same way and make it a point to practice the same jurisprudence with their purchases. Members from Steve Hoffman forums mostly agree with leaving shrink warp on your purchases but some from reddit counter the argument, dismissing its integral role as added protection and historical importance. Yes, shrink wrap is meant to be removed but should it be? Only if it poses a risk to damaging the record, jacket or artwork as it continues to tighten over time. Are paper sleeves protection enough? No, they’re going to scuff your records so fix the problem now before the consequences are irreversible.

It’s no coincidence that records are worth more in some cases and less in others. Collectors influence the market by finding, buying and selling albums from their collection and the condition of these albums is a large determining factor of overall value. Aside from the quantity in circulation and or the availability of a perfect substitute, maintaining the value of original pressings is a responsible decision made at the time of purchase as well as a sustained, concerted effort in preserving an investment. Records only last as long as they are preserved and unfotrunately they don’t take care of themselves.

For more information on maintaining your collection, which products Wax Times recommends for storage and cleaning needs, check out:

collecting
Previous post:
No, we don’t have any free records Next Post:
Finding rare records online the easy way