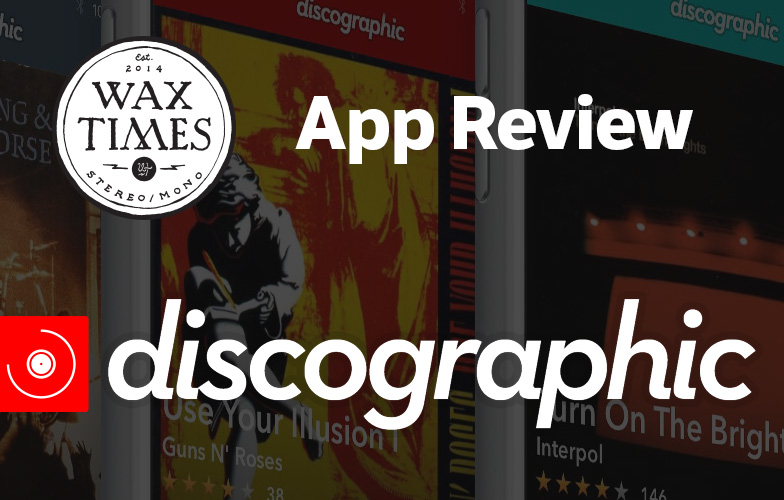 Post Record Store Day collectors looking for something else to play with aside from limited edition albums can download a shiny new Discogs app, Discographic. This fully featured app lets you manage your collection and wantlists seamlessly from the crates to your device. Wether it’s adding a disc to an existing collection, starting a new discography or checking out album details in-store, Discographic does it all.

Óscar Adán and team know first-hand what a fully featured Discogs app is because they are record collectors. Aimed at providing that feature rich experience we crave and recognize when we see it, Discographic incorporates every aspect available via the regular site — with offline support. This key feature means that no matter where you are, your collection is with you and not reliant on wifi connectivity which is all to often spotty when crate digging. Release information, images and related data are cached on your device for full, offline accessibility.

Though Discogs has rolled out a refreshed site that’s more compliant with mobile devices via responsive design an app still offers a different experience that a mobile site rarely approaches. Óscar sees this as a key separator where room for apps like Discographic live, bridging the gap between on and offline access. “We have used almost every Discogs app for Android and iOS [and] generally speaking, none of them cover the entire Discogs API” said Adán when discussing the genesis of Discographic.

So just what can you do with Discographic? You can: 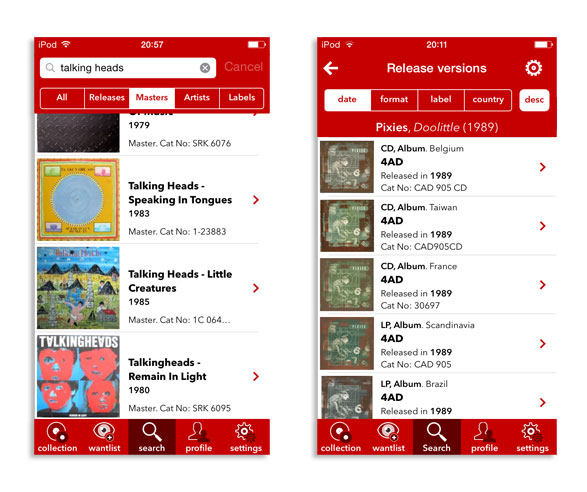 The Discogs app market is getting competitive and the flurry of recent API updates means that some developers are unable to keep up with development cycles. Their apps stagnate, showing data incorrectly or losing functionality such as displaying images. Discographic is maintained by “a professional team, so support, bug fixes, updates and new features are guaranteed.” The $$2.99 price point seems steep but a development team supporting the app and customer feedback/support make it all worth it. In my weeks experience with the app so far, there has already been an update that includes features I asked Óscar about so the commitment to continued development has been validated from my perspective. 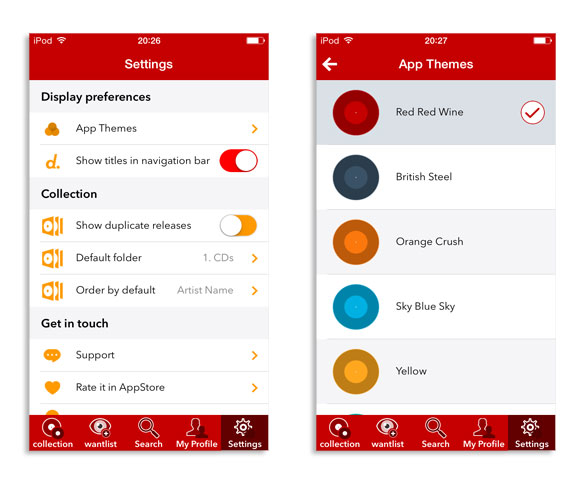 Discographic is a young app with less than a month in the app marketplace but its presentation, design and feature set vet it into a category of indispensability almost immediately. From release to version 1.1.6 (current), discographic development takes a two-fold approach to incorporating and refining features while listening to the user base who drive the majority of app improvements. “Constructive user feedback is of great value to us” and it’s hard to doubt that when several of the features I inquired about made it into an update just a few days following my discussion with Óscar. The discographic team is a forward thinking, progressive bunch and in short time their app has found it’s way onto my home screen.

app collecting
Previous post:
5 Most Expensive Albums from RSD 2015 Next Post:
Find the Cure to Your Record Store Day Blues