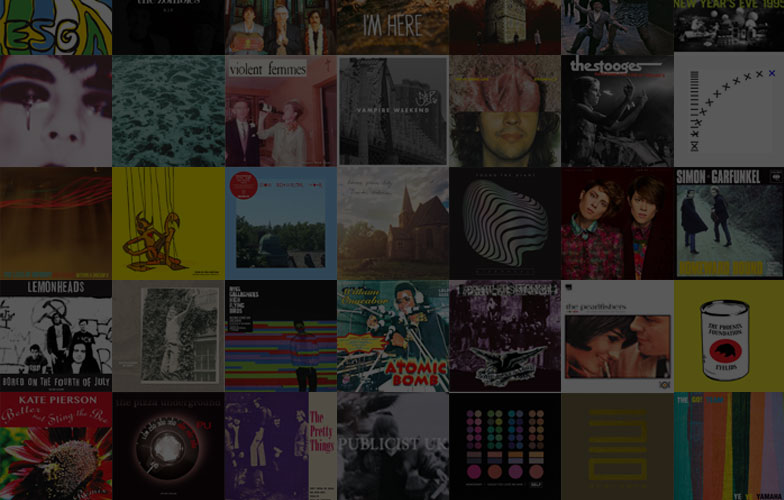 There aren’t too many shopping strategies for Record Store Day, but this April 18, you may benefit from a couple of tips to nab that limited edition merch you can’t live without. Shop solo, grab some friends and team shop or be that guy that buys everything online.

Come to terms with the fact now that you probably won’t get everything you want right away but with luck and patience it can be yours.

Stores usually aren’t hiding things because they want to sell everything they can. Look around; even ask if you can’t find something. Usually the case is that what you want is gone or the store never received any copies to begin with. Ordering titles for Record Store Day is a bit like a lottery because stores are not guaranteed they’ll receive any of what they ordered.

Don’t call asking anyone to hold or check stock on any Record Store Day releases. They won’t do it and they might even be grumpy. Leading up to the big day, stores are inundated with calls from people asking question after question but really it’s a crapshoot for the store as well. Nobody knows much until a few days prior once all the boxes arrive and full stock is taken. Even then, they probably won’t answer your questions.

Because your friends don’t wanna get up at 4 a.m. to grab a place in line but your dead set on getting certain titles, being a solo shopper has it’s benefits. The solo shopper isn’t burdened with tracking down titles for anyone other then themselves. Sidestep the group effort and make it all about you — there’s nothing wrong with that. It might get a little lonely waiting in line during the predawn hours so bring your own entertainment, snacks and a snuggie.

A chosen strategy for many, teams of shoppers can easily nab more releases in less time than any individual I’ve ever seen. Group your lists together, prioritize the releases by store and then send people to different shops or converge on one and then move to the next. If you’ve never done this before, here’s a few specific tips:

Not all collectors live near a participating record store or are able to make it into a store day of, so you can buy online despite it being discouraged. Record Store Day employs a number of defenses for poachers and flippers including agreements with stores that bar them from turning merchandise online or displaying it for sale early. That’s not to say it doesn’t happen, but for some the agreement is a covenant meant to strengthen the bond between buyer and seller by equalizing the availability as much as possible. If you decide to scope out merch online you can expect to pay a premium for it. In-store prices usually don’t match online prices and as the rarer titles disappear into collections or into the hands of flippers you might find the disc you want quadrupling or more in price.

Missing out on the limited editions might suck but remember it’s probably coming out again in a few months. The announcement of the Red House Painters boxset had collectors excited for a minute until it sold out in a flash but 4AD did mention that the group’s discography would be rereleased post Record Store Day as standard editions anyway. Additionally, once a reissue campaign for any long out-of-print vinyl is announced, like the Red House Painters affair, prices for originals drop in price so snapping up an original might be within your budget. The tradeoff then becomes more about weighing the relative value of wading through the crowds for a limited edition release, holding out for the standard reissues or just grabbing an original from eBay or Discogs.