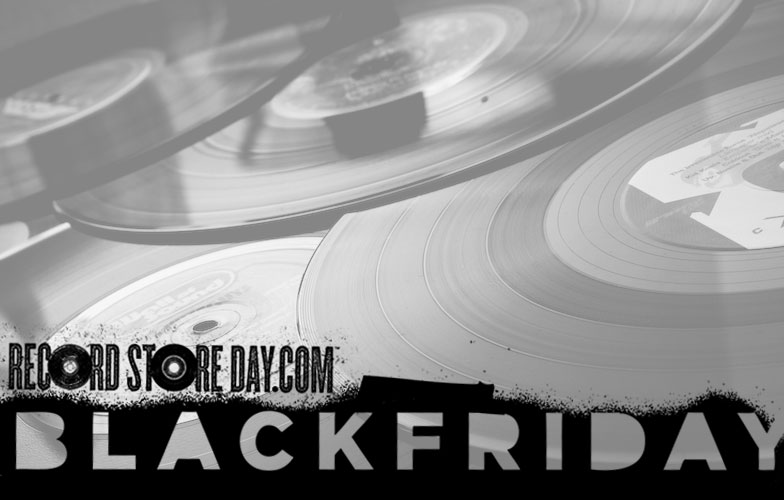 Founded in 2007, Record Store Day means different things to different people, but for most it’s a day singled-out to remind everyone that record stores are really cool places where music and people come together and share a passion. Spinoff events are now cropping up including Black Friday Record Store Day, first held in 2010, and the inaugural Cassette Store Day last year. If you’re allergic to crowds, waking up early to capture the coveted “first in line” spot at a local shop or are just tired of RSD, no problem; just stay in bed and enjoy your Thanksgiving feast coma all day long. If you go, here are some tips on how to score what you want.

You want exclusive releases, limited editions and tons of vinyl on sale? No problem, but everyone else wants the same thing. If you snooze, you loose. The popularity of vinyl continues to rise and that translates into more consumers looking to buy records. Pair that with the fact that there are only so many records to go around and you have successfully created a supply and demand problem. In Phoenix, the lines and sizes of crowds that gather for these annual events have increased year over year. People are camping out in front of record stores the night before, just like they’ve been doing for years at big box retailers.

What Not to Do

My first year working an RSD event at a local record store meant I had to deal with people entirely lacking social etiquette; dozens of them in fact. Do not call a record store asking the clerk to go through your wish list asking about every last item you’re looking for; or worse, asking the store to hold something. These tactics will not work. There are no guarantees and different stores all have policies on how they handle their limited/exclusive merchandise. Your best bet is to watch out for announcements on Facebook, Twitter or Instagram because stores love to tease customers with sneak peaks of what receive in the days leading up to the event.

Don’t be a Jerk

I’m naturally competitive but not to the point that I become morally bankrupt one or two days a year only because I want something real bad. People get a little out of hand when their sights have zeroed in on a target, slightly out of reach and just as they go for it, someone else grabs it. You may not get everything on your list. Deal with it.

Be Ready to Make Your Purchases

Nobody wants to stand in a line to buy their merchandise any longer than they have to, and it doesn’t help when that line takes 30 minutes or longer to cycle through. If you’ve grabbed things you aren’t sure about, go through them in line and be ready to pay as expeditiously as possible. Keep questions to a minimum as well because someone else in the store can probably answer most anything before you get to the register.

I get it, you’re mad. You came to buy that record you really wanted and it wasn’t there. Yelling at a record store employee on RSD or whining about it later on Yelp won’t help. People who work in record stores do not hide merchandise, at least none I’ve ever been to. Record stores, after all, are in the business of selling records, not hoarding them. They’re given an official list of available releases to order from distributors but remember, it’s all limited so just because they ordered it doesn’t mean they’ll get it. Look around, maybe a few times, since people do put things back. If you don’t see it, the store either didn’t get it or someone else has already bought it.

Normally, I shop solo but for sales and events I team up with friends. More people at multiple stores is better than one person at one store. Grab a copy of the official list of releases from the Record Store Day website, figure out what you want and then compare with friends. Odds are, more than one of you will have overlapping interests so divide and conquer. Create one master list with quantities for each release wanted and then everyone targets a different store. The principle is simple; cast the widest net and catch the most fish.

Yes, you can buy RSD releases from the comfort of your own home but it’s not as much fun and you’ll probably pay more for it. Things heat up on eBay pretty quick and the rarest items will increase in price dramatically, to the point of being ridiculous in some cases. Check out my previous article that shows the price fluctuations for eBay auctions from April’s Record Store Day.

There are people who buy exclusively to flip items online for quick returns but it’s a practice that comes with high risk. In order to succeed, you have to be 100% certain which releases will be the most wanted and that’s the type of certainty that might be based on nothing more than a hunch. It can mean you wind up with a lot of unsellable records that you’ll never get your money back out of.

I tend to discourage buying/selling online because it isolates most of the market and only allows those with the deepest pockets to buy the most exclusive stuff.

Being mentioned on this site should not be taken as a guarantee that something will be available at all stores listed on this site.