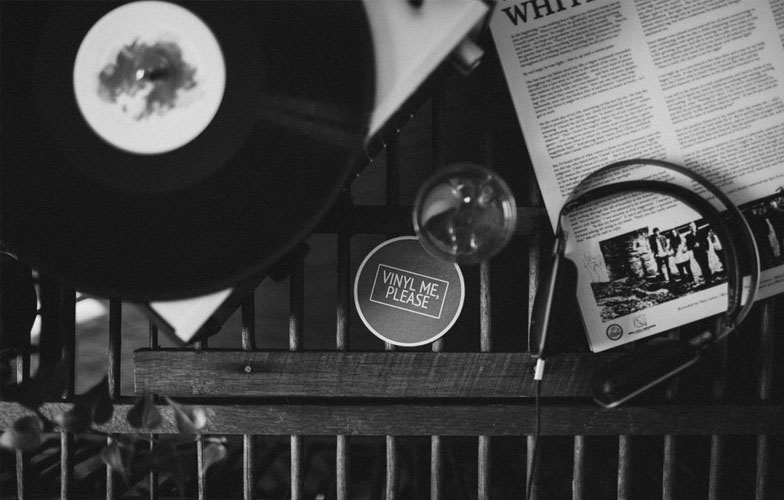 Just over a year ago, two friends embarked on a business venture aimed at brining vinyl records to your doorstep once a month. Their idea seems to have come at a perfect time, mingling with similar subscription-based service models, like Birch Box, but with a distinct focus on music, cocktails, art prints and vinyl records. Everyone remembers the big name mail-order services like Columbia House and those models died out some years ago. In their wake, Vinyl Me, Please (VMP) freshens up the concept with an analog touch. Co-founder Matt Fiedler sheds some light on their business and the successes of year one.

Q – What inspired Vinyl Me, Please and who are the founders?

Vinyl Me, Please was co-founded by me [Matt Fiedler] and Tyler Barstow in 2012. The idea originally came while we were working together at our previous job. We spent more time talking about music than we did actually working. One day we were reminiscing about the old school CD clubs and things like Columbia House and we wondered why something like that didn’t exist today. We did a little research and didn’t find anything that seemed to meet our specific needs so we decided to create our own.

Q – The subscription model limits the number of customers. How does the invite system work?

We implemented an invite system at the beginning of the year because we were growing so quickly and had a few occasions where we had sold more subscriptions than we had inventory. Because of the nature of vinyl and its production timeline, we’re having to place orders three to four months out. The invite system helps us control our growth a little more effectively so we don’t oversell subscriptions.

Essentially how it works is someone comes to our site and requests an invite. A few days later, or as spots become available, they’ll get an email with a link and instructions to sign up.

Hint: I signed up for an invite and received the email that my subscription was ready for purchase within three days. As Fiedler says above, the invite system is not about exclusivity, it simply assist in managing inventory control.

Q – Are their plans to expand? Maybe genre specific subscriptions for those less adventurous? Box sets?

We have a lot of plans for expansion over the next three to six months and beyond. Most of our focus is on building even more value into the subscription. For example, we recently launched a members-only store where subscribers can add additional records to their future shipments at discount pricing and free shipping. We’ve included a few hot new releases at this special pricing and they sell out super quick. It’s a perk of being a member, but you have to act fast.

We’ll keep doing things like that…stuff where we create new members-only perks. Whether that be the add-on record offers or just throwing in a random record for free from time to time…continuing to increase the value of the subscription.

Q – How are VMP releases different from a standard release?

Each month we partner with the artist and label on an exclusive pressing made specifically for Vinyl Me, Please. We’ll do things like exclusive colors of vinyl, custom inserts, bonus tracks, or other things that make our version special.

Each record also comes paired with a commissioned piece of art influenced by the album, and a custom cocktail pairing recipe. Our goal is to provide each listener with the music we believe to be essential, in a medium that encourages you to truly listen to the music, with complementary creations to give a full sensory experience.

Basically, it’s like getting a Christmas present every month.

Q – What percentage of a revenue directly supports musicians?

That’s a hard question to answer. Whenever we’re interested in featuring a record, we try and get as close to the artist as we can, which means we’re typically working directly with the artist’s label and/or manager.  The revenue that goes to them is somewhat dependent on the various agreements they have set up internally.

That said, our goal is always to promote the artist and their music as directly as possible. In the process, we’re trying to help people rediscover a meaningful relationship with music.  As we over-consume, we lose that feeling of deep connection between music and different time periods in our life, that goose bump feeling of exploring or really resonating with a song. We want it to happen more often.

We believe in the power of the album as an art form. In the same way that you can read a chapter of a book, it’s still not the same as reading the entire book. By focusing on an album as a whole, in a medium that encourages active listening, we are trying to reconnect our members with music.

For an artist, when your record is spinning on thousands of turntables around the world and people are talking about it, sharing it with their friends, etc., that often provides more long-term value than any initial royalty check coming from us.

Q – There is a community aspect to VMP which comes with a subscription. What goes on there?

The community is what makes Vinyl Me, Please really special. A lot of our members are active on social media and are constantly engaging not just with us, but also with other members. We’ve seen a lot of really solid friendships develop as a result of that interaction.

And what’s even more exciting to us is that small groups in certain cities are getting together on a regular basis and having their own listening parties with other VMP members. They’ll all wait to listen to the album until they’re able to get together, mix the cocktail, and make a night out of it. That’s awesome.

Q – So far, which release has been most successful? 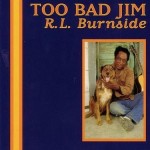 Each of our releases have been successful in their own way. I think the one we got the most buzz around was Madvillainy, but I think people have been most pleasantly surprised with the R.L. Burnside record we sent in October. It was so outside the norm for many of our members to get a delta blues album and I think it surprised a lot of them how much they connected with it.

At the end of the day, it’s not about what sells best or which record gets the most tweets or anything like that. It’s about sending people music that deserves their attention. Even if it doesn’t end up being their favorite record of all time, we want to make sure it’s a worthwhile experience. It’s the coolest thing when someone thinks they won’t like a record and after listening to it over the course of weeks, months, and years, they end up loving it. For me, a lot of my favorite albums are the ones that I didn’t like at first and weren’t immediately accessible but revealed themselves over time.

It’s a process, and it’s a beautiful one at that.

Q – Why is VMP perfect for anyone looking to start collecting records?

We’re not the final authority on great music. What we strive for is to be a trusted source albums worth your time and attention. We’re not a replacement for your local record store. In fact, we routinely tell our members that if we find out they’re using us a replacement, we’ll kick them out of the club ;-).

Building a good record collection takes work. It takes time. And it’s something that will be totally unique to you. The records we send are not meant to be the only things you have on your shelf, but they’re a great starting point.

A few things strike me as important to any service and Vinyl Me, Please has those bases covered. The passion behind their product, a willingness and drive to continually innovate and improve the variety of their offerings as well as a rapidly expanding community of users make for a great place to buy, listen and learn. Sure, it might not be the most traditional way of buying records but that doesn’t mean it’s any less valuable. A few weeks ago I wrote about buying random records in order to discover new music you might otherwise dismiss. VMP basically does this and you don’t even have to leave the house. As the startup continues to expand, who knows what’s in store for the VMP community, but it’s definitely an exciting time to get involved if you haven’t already.