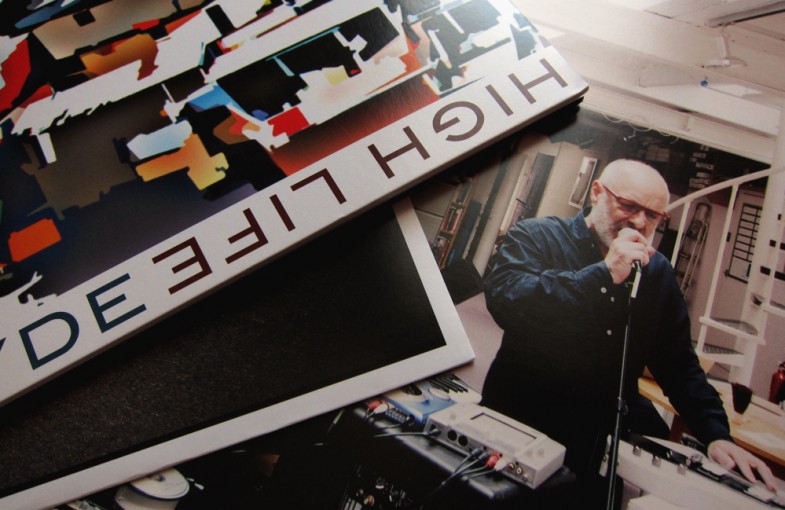 Baby’s on fire. Brian Eno’s pairing with Karl Hyde has produced two albums so far, recorded back-to-back and released on Warp. Someday World dropped earlier this year but the follow-up, High Life, found its way into the Eno cadre. The pair of albums distinctly separate themselves as individual works not  companion pieces. The first is a tighter set of electro-tinged tracks and the latter presenting Eno experimenting with the recurrent themes of ambient drone, African-influenced pop and expansive soundscapes. In brief, both are the opposite of 2012’s Lux.

The familiar influences heard on High Life are an attribute of Eno’s reach across genre lines, through artists and even into commercial industries (see Music for Airports). You find him producing albums for the Talking Heads and then creating new ones through collaborations with David Byrne (see My Life in the Bush of Ghosts or Everything Happens Today). Bowie worked with Eno on three albums known as the Berlin Trilogy (see Low, Heroes and Lodger). It’s a proven fact that there are only 6 degrees of separation between any collector and Brian Eno. 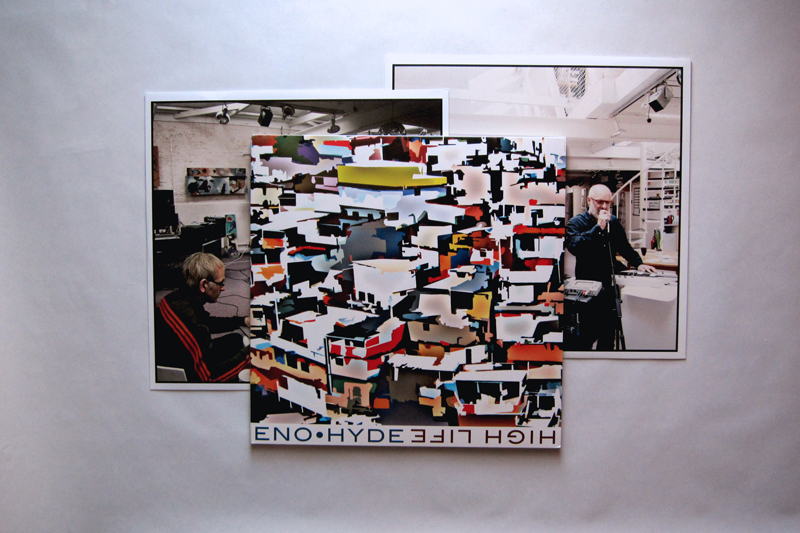 So far, the material from Eno + Hyde has yet to disappoint. That said, I hear more of Eno in High Life then on Someday World. The first felt like a warm up to the experimentation found through informal recordings used to track High Life. The lp comes with two printed inner sleeves featuring photos from the sessions, an art print and a download code.