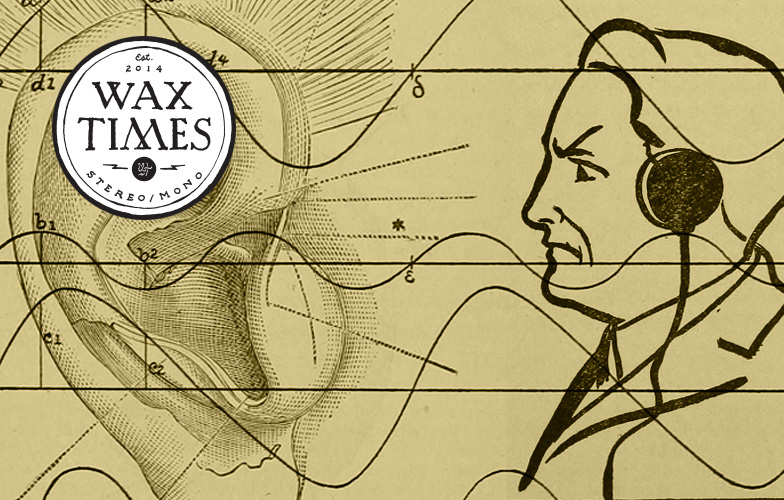 Audiophile vs. Audiophile: Who are we?

I choose records over gear and still consider myself an audiophile because what I’m after is the best sound possible without becoming obsessively devoted to an endless journey of incremental improvement. I invest significantly more into the acquisition of albums than components because it’s more enjoyable than reconfiguring gear over and over again. Breaking in new speakers or biasing fresh tubes doesn’t do it for me. Yes, I do play with speaker positioning and admit to recent improvements in the cabling and interconnect department but nothing extravagant. Not spending half a decent wage on power chords isn’t keeping me up at night contemplating the miraculous sonic clarity the reviews promise to deliver. I’ll get there, but for now, rationalizing the return on investment for every upgrade is an exercise measured in weeks of focused consideration because things can only be so good and I’m only willing to spend so much.

In 2008, audiophile heavyweight Micahel Fremer accepted the One Million Dollar Paranormal Challenge from famed skeptic James Randi. Its purpose was to demonstrate that a $7,250 pair of Pear Anjou speaker cables are better than an average cable in a double-blind test. Unsurprisingly, acceptance turned into a murky anticlimax after nothing ever transpired and all parties including the manufacturer blamed the other for backing out. Without taking sides (Fremer’s right), I believe that there can be measurable and subjective audible differences as described by manufacturers and listeners alike, but those benefits aren’t equal among all ears. Rationally assuming a superior component can be determined in variance testing circumstances isn’t out of the realm of possibility but what is outside that realm is accounting for the variation in hearing perception from one person to the next. Fremer may exhibit something of an acute sensitivity in deciphering playback frequency differences in double-blind testing but can I? 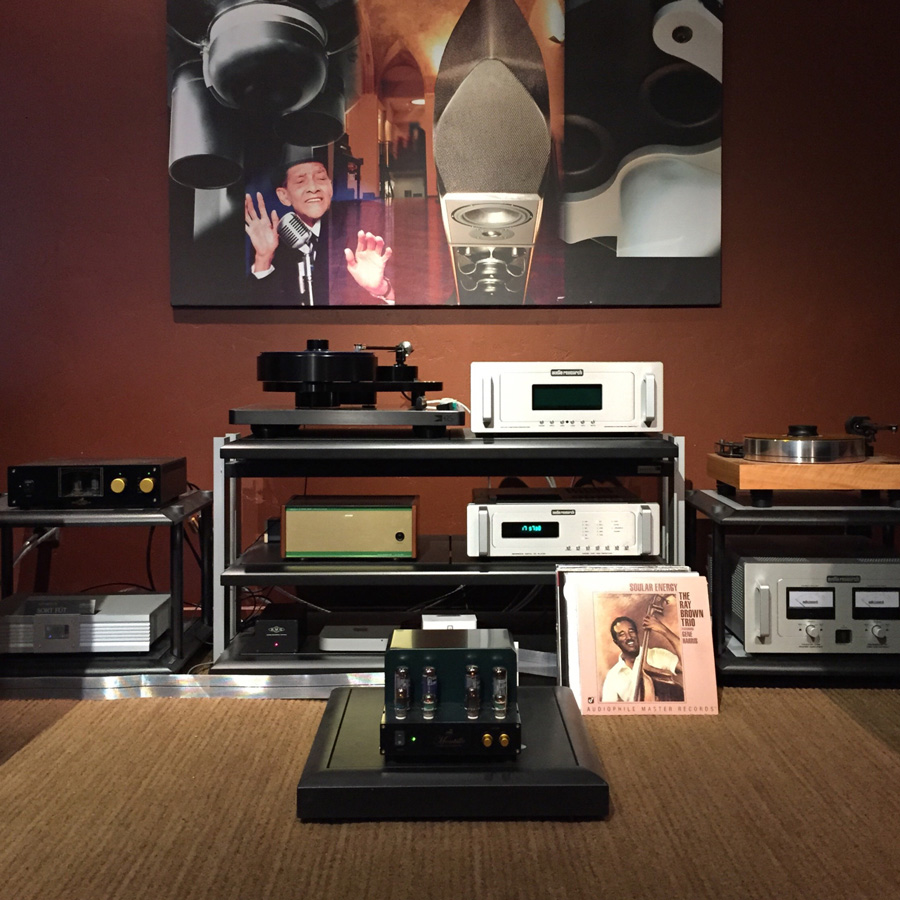 Possibly. I keep a personal list of albums considered to be among the best sounding things my ears have found but only some of those records are a part of that category which garners universal acclaim. Jennifer Warnes Famous Blue Raincoat, Arne Domnérus Jazz at the Pawnshop and Reiner with The Chicago Symphony Orchestra on Scheherazade are all audiophile treats on decent equipment and supposedly brilliant if listened to on one cabled with Pear Anjou.

Audiophiles face a special type of persecution, one that’s not thrust upon those with pensions for other delicacies or high-dollar collectables. I won’t argue with anyone that something I listen to on a regular basis at home, on the equipment I’ve chosen and enjoy, is any better than their preferred listening format and environment. But I will offer anyone the opportunity to listen at my home too without any extravagant boasting because perception — in this case — really is everything.

Over the past year, friend and label owner Ryan Keane of Lost Tribe Sound has spent time at Wax Times HQ listening to test pressings of albums slated for release later this year. Mastered by Roger Seibel at SAE, who’s work I’ve always felt is above reproach and masterful in technique spent time spinning on my system and later in the listening room at Arizona HiFi; Phoenix’s audiophile go-to for equipment of high caliber. In the time Keane and I spent listening to the discs he brought, we discussed the in’s and out’s of a system and what he should consider when putting together a system. 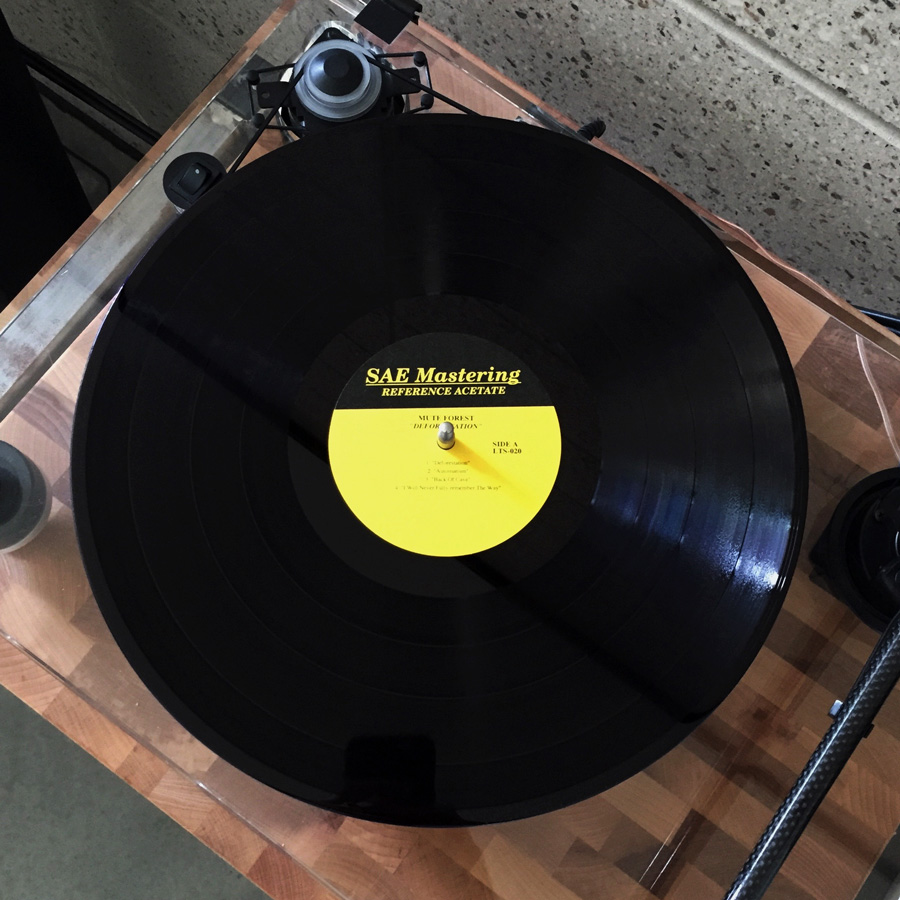 More interesting than the discussion of what his future HiFi life should look like was our opinions of those test pressings and where we aligned or had alternate opinions. On occasion, I’d hear something in one channel that could have been intentional but bothered my ear. But Keane has been saturated in the sound of the album from its inception, listening to the first fragments of a larger composition that’s now materialized into the album on the table and his in-depth understanding of the nuances in playback trump my opinions. Knowing good sound is easy when you hear it but what you hear may not be a universally accepted as good sound.

Jason Victor Serinus recently presented opinions on deciphering these ideas in a column from the August 2015 issue of Stereophile titled What’s an Audiophile? (Part 634). In conversations with several well-known members of the community, Jason presented a few perspectives, one from Steve Guttenberg, by definition a classic audiophile, who prescribed that determining the status of a person as an audiophile is based on whether or not that:

“… person frets over their system, agonizing over choices, loves gear and sometimes music. You know, the kind of person who reads Stereophile or the Absolute Sound. Merely owning a nice stereo doesn’t make you an audiophile. Owning a Leica camera doesn’t make you a photographer. You have to be at least a little obsessed.”

Fine, I can acquiesce here, a little? Guttenberg knows his stuff and Serinus, well, he writes for Stereophile but after digesting the previous opinion, he goes on to present his own ideas that align more with my mine than Steve’s. Maybe there’s more than one type of audiophile? I think there is because I definitely don’t fit the Guttenberg mold but will argue in favor of one pressing vs. another when it comes to certain albums that I know sound better. That, in essence is the problem with this quest for truth. Audiophiles are a diverse genera of highly refined species, all specializing in different though related obsessions that cannot be contained by a single, ruling definition because we’re evolving all the time in response to technology.

The diversity among the exact meaning of the term audiophile became comically obscure in another piece from Stereophile, filmed at the 2013 New York Audio Show, where Ariel Birtan walked around, camera in hand, asking vendors and guests what they thought it meant. My favorite among the answers given was this one from an unidentified but very animated attendee:

“… Someone who loves their gear as much as their music and they have these opinions that are crystallinly [sic] clear as laser bolts coming from the sky shooting down and putting everything into fire and destroying everything around them, that’s what an audiophile is.”

We’re no clearer on a definition of audiophile than Fremer is on the Pear Anjou cable performance or the outcome of Mr. Randi’s challenge than when we started. What can be said is the term audiophile comes with a lot of baggage and the community cannot seem to align on any specific criteria for easing the identification process. There’s no diagnostic test listed in the DSM V for audiophile and the credential bearing Ph.D. of the lot have not democratically assigned anything of a litmus test so it’s no wonder that quibbling over equipment refinement and technological breakthroughs go hand in hand with hard-sell marketing tactics for high-dollar gear.

Obsessive behavior may be the only unique quality we share as a community but it manifests in more than one way. I can’t stand messing with my equipment because it’s frustrating and just reminds me that instead of rewiring my speakers I could be enjoying Brahms, Mobley or Donald Fagen. How often do I need to be bothered with updating things that already work? Ignorance is bliss and I’m definitely more than a little obsessive but what I want is music, and a lot of it. Original Blue Notes, Prestige and Impulse!, Analogue Productions, Music Matters, Speakers Corner, these are things I go to bed dreaming about with anticipation for releases to come in the weeks ahead.