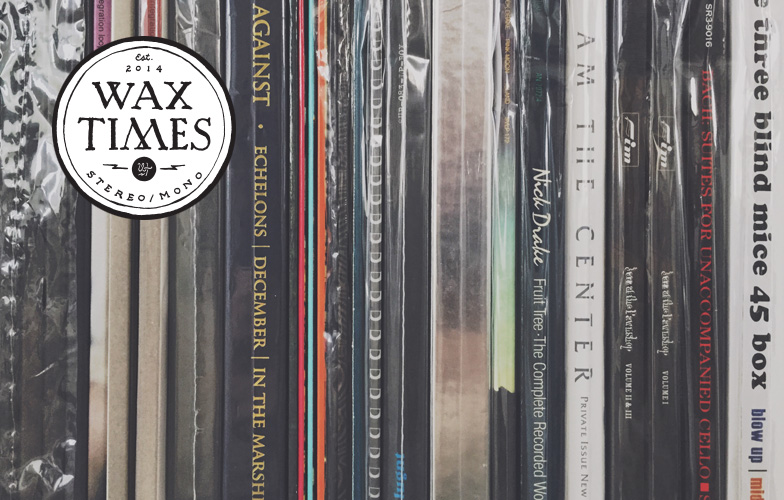 The value of vinyl box sets

Vinyl box sets may be the first or last port of call for artists and collectors. Spanning entire careers, a subset of distinctive years or maybe expanding on a previous release with additional material, they usually offer something you can’t get with other releases. Combining the luxury of distinctive packaging, artwork and music with the often limited availability make them attractive but sometimes they’re not worth it.

One career-spanning example, released twice from Analogue Productions, chronicles Creedence Clearwater Revival in true audiophile glory on 7 lp’s of 200gram virgin vinyl. Completed in a limited run of 2,500 numbered sets and packaged with a few things you can’t get from the standard reissues. Extras include: extensive liner notes, photos, an essay by mastering engineer Steve Hoffman and a bonus disc cut at 45rpm featuring rare mixes of CCR material. Reviewed by The Audio Beat’s Marc Mickelson who lauded the set with great praise and advised of the collectability that will undoubtedly make this a coveted release. I couldn’t agree more with the review despite not owning the collection, but knowing the quality of production and material put into organizing this box and hearing some of the individual remaster releases, there’s no doubt it is possibly the best CCR collection out there.

But here’s where I struggled with pulling the trigger. The box set would mean not having to buy another CCR album again assuming there’s nothing left to release and this set is the penultimate. Seven studio albums plus an eighth disc and the above mentioned extras for $280…eh, do I really want it that bad? Analogue Productions also released all the CCR albums separately and if bought together as a DIY set, it’d set me back $210 (individual albums retail for $30). $70 worth of extras wasn’t enough to push me into buying but I’m sure I’ll regret it at some point in the future, likely after I see one in person and remember that they’re all sold out.

Knowing when to buy and when to pass has been a difficult lesson to learn. It’s a game defined by limiting my irrational self by placing rational boundaries on purchases instead of buying everything in site. The game is further complicated by knowing that I want everything but don’t need everything. I’m not always good at this game and frankly I loose (or win depending on interpretation) more often than not. Passing up the CCR box just meant that I spent the money on other records.

Friends and collectors periodically share similar struggles, attempting to gauge interest levels in an effort to contain the impulsive tendencies to buy something unnecessary. Vinyl box sets are higher up on the scale because of their price point but something like doubling down and picking up duplicate albums, one to play and one to leave sealed, happens pretty often (ya, I do it). Mostly though, the repeating themes in different litmus tests for buy/not buy follow similar patterns.

The easiest way to convince yourself you need something is when a significant element of emotionality ties you to the music.

How many sets are being produced? Are they individually numbered? Autographed? All things to consider because the more boxes produced, the lesser the possibility they’ll appreciate in the future, an important consideration for those buying as an investment.

The CCR box contained a cache of goods only available as part of the vinyl box set. That bonus disc can be a tipping point or maybe it’s the book/essay. Either way, more stuff, more music, more money.

Only available as a vinyl box set

Sometimes there’s no choice and there are some really cool labels out there who deal only in extravagant merch. Vinyl on Demand is an example of a boutique label who’s product focuses on premium vinyl box sets. They were formally a subscription only label but recently opened a storefront for buying individual albums.

Buying as an investment

I don’t flip records but many people do. Depending on how many sets are produced in relation to the demand, it can be easy to double your purchase cost or lose money and get stuck with an item you don’t want when intuition is incorrect.

At a certain point, love of music or musician becomes irrelevant and being pragmatic takes precedent. The Kissteria Road Case, released in 2014 for just $1,750, contains 34 lp’s with only 1,000 produced worldwide. All 28 albums with a hoard of exclusive material and whatever personal satisfaction is derived from sharing your inner-obsessive collector actually bought the vinyl equivalent of a down payment for a new car. The year previous, the 17-piece Can box was announced. Fans of the krautrock legends chalked up the $500 price tag to scooping up the bands entire discography in one go, some material long out of print or scarcely available on the secondary market. 2015’s Mahler Project Symphonies 1-9 from Michael Tilson Thomas at 22 lp’s marks the largest release of the year I’ve seen thus far. Limited to 500 copies, why not buy two for the price $750 each?

Discogs lists 12,377 unique vinyl box set releases currently, some of which are only 2 lp’s and a few that will surpass the examples listed previously. Love of music or format is hard to measure but clearly quantity matters.